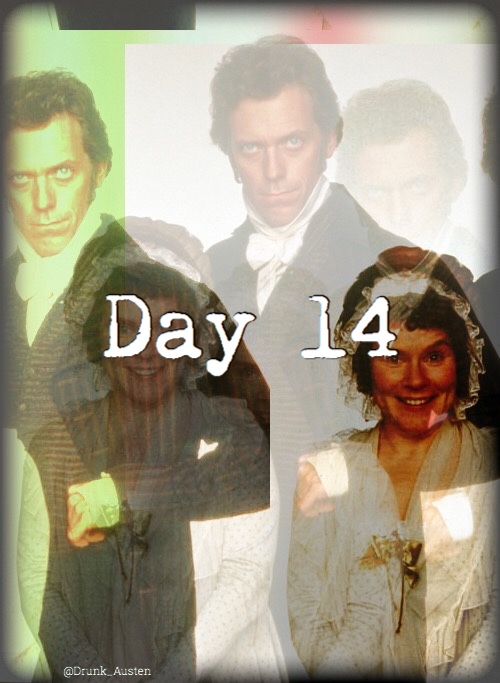 How in GOD’S NAME did the Palmers get together?

I want to preface this by saying that I am not married, I don’t even really plan on ever being married. So maybe take this analysis with a grain of salt. Perhaps there’s some great secret to a happy marriage that you can only know if you’re in one. (If that is the case, then I am talking out of my ass here.)

But please remember that Jane Austen wasn’t ever married either. And Emma Thompson wrote and shot this movie as her marriage was breaking down. And it’s all about two, unmarried young women. So really, this whole exercise, from Jane on down to me, is pretty full of people who are mayyyyyybe not the best judges of marriage or the sacrifices married couples must make.

I would, regardless of all this, like to take a look at the married couples in this movie, and see what sort of example they set for our heroines?

Despite the fact that we never actually see them together, the amount of concern Mr. Dashwood shows for his young family and second wife at the beginning is quite touching, and Mrs. Dashwood’s sincere mourning for him leads me to believe they were probably a happy couple. But because we never see them as a couple, I’m not sure they actually count as one in terms of influence — not on their daughters, maybe, but certainly they never get the chance to influence the reader. What do you think? Should they count? 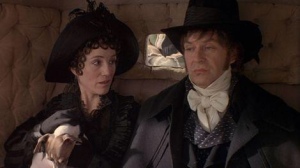 One of these days I will get around to writing my dissertation on how awful Fanny Dashwood is, but until then, suffice it to say that she domineers her husband, and he absolutely allows her to. They are toxic and mean and all things terrible to just about everyone they meet. This is perhaps the worst example of marriage in the movie and I shudder to think how they ever conceived an heir. (Her eggs were surely frozen long before the technology existed.)

Does she even exist? Is she supposed to be dead? (I guess that’s better than the dead-eyes Lady Middleton we get in the ’08 miniseries.) She’s honestly dull and useless even in the novel so we get a weird, pseudo-marriage/relationship between Sir Middleton and Mrs. Jennings instead and it’s annoying and exactly like the couple I would go out of my way to avoid at a company holiday party. (But WHY do they inevitably always stand right in front of the drinks!?) 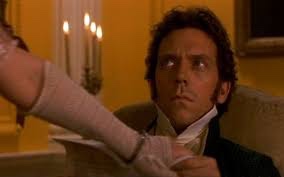 I honestly don’t even know where to begin with these two. I know everyone thinks he’s super droll and funny — and yeah, he has a sweet moment when he offers to help while Marianne is sick — but the way he treats his wife has always really grated on me. Yes, she is annoying but there is no way in hell he didn’t know what she was like before they got married. She needs to take it down about 3 notches and he needs to learn how to live a little. They are just… somethin’ else.

Honestly, for marriage being the “end goal” in all of Austen’s novels, we get very little in the way of role models for truly happy marriages. I think maybe the Crofts from Persuasion and John and Isabella Knightley in Emma are the only two examples that come to mind of happily married and emotionally stable couples in Austen novel or adaptions.

Of course we always hope that our hero and heroines will have a happy marriage, but I’m not sure that’s what Austen is always telling us will happen. (And of course, marriage for Willoughby ends up being a pain, and we can only hope Robert and Lucy Ferrars drive each other mad in a short period of time.) It’s plausible to think that our heroes will have marriage problems too.

What do you think? Are there any happy Austen couples that you like? Who is your favorite couple in Sense & Sensibility? What do you think the lesson is that Austen and Emma Thompson were trying to impart?