I really wanted to write this entire review in haiku, but I’ve since learned that damn, that is really hard!

Which is why it’s even more impressive to me now that James Gaynor has managed to write 61 of them in his new book, Jane Austen’s Pride & Prejudice in 61 Haiku. (Gaynor helpfully reminds us that’s 1,037 syllables.)

I like poetry as much as the next English Lit major, which is to say, I have a few favorite poets and generally stick to them, with as little branching out as possible. (Shoutout to my boy Walt Whitman.) So I was a little hesitant to read through 61 haikus, a form I’m really only familiar with because I’m sure every elementary school child has been forced to create one at some point.

But this book isn’t just a series of random poems about our favorite heroine, Gaynor has brilliantly taken just the very first line of each chapter, and turned that into a haiku. (Perhaps the most surprising aspect of this book was that by process of… oh, I don’t know, thinking? I finally realized Pride & Prejudice has a whopping 61 chapters, which was honestly surprising to me.)

It’s a small book, and I mean that literally: Just 4×6 inches. Perfect for a small but precious addition to any Austen collection. (I’ve found that these types of books get particularly well-trafficked if they’re placed in the bathroom, if I’m being honest, and have several similar ones in mine.) The haikus are split into three volumes, as the first edition of P&P was. The last fourth of the book is a series of notes and a breakdown of each haiku, line by line, explaining why and how Gaynor wrote it. As a reader, it’s interesting for insight to merely thumb through this part, but it would be great for any teacher looking to introduce the well-loved plot in a novel way. (Please pardon my terrible pun.)

Here’s a few of my favorites: 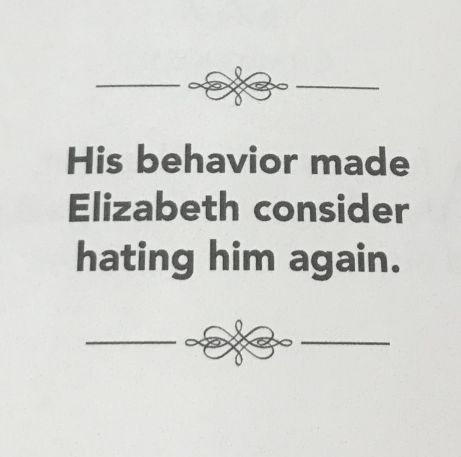 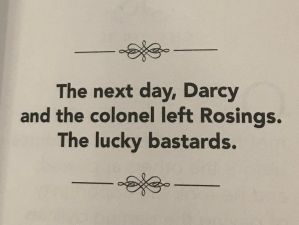 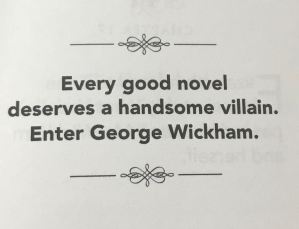 See if you can guess which chapters those are from… (*answers at the end of this post!)

Anyway, it’s a fun little book, especially if you’re looking for a cute gift for a Janeite who already has everything. And it’d be a cute starter book for someone looking to build their collection out.

You should also check out Gaynor’s other work, he can be found at jameswgaynor.com or #HaikuJim. In the spirit of transparency, I need to mention that he sent us this book for review. (I’m glad he did though.)

And, if absolutely nothing else tempts you to give this book a chance, then I think you should know the author has a dog named Emily Dickinson and a cat named Gerard Manley Hopkins. #OneOfUs #OneOfUs #OneOfUs