I’ve settled into a truce with the movie. It happens and I allow it to.

The only thing getting me through this difficult time is my Spirit Toddler. 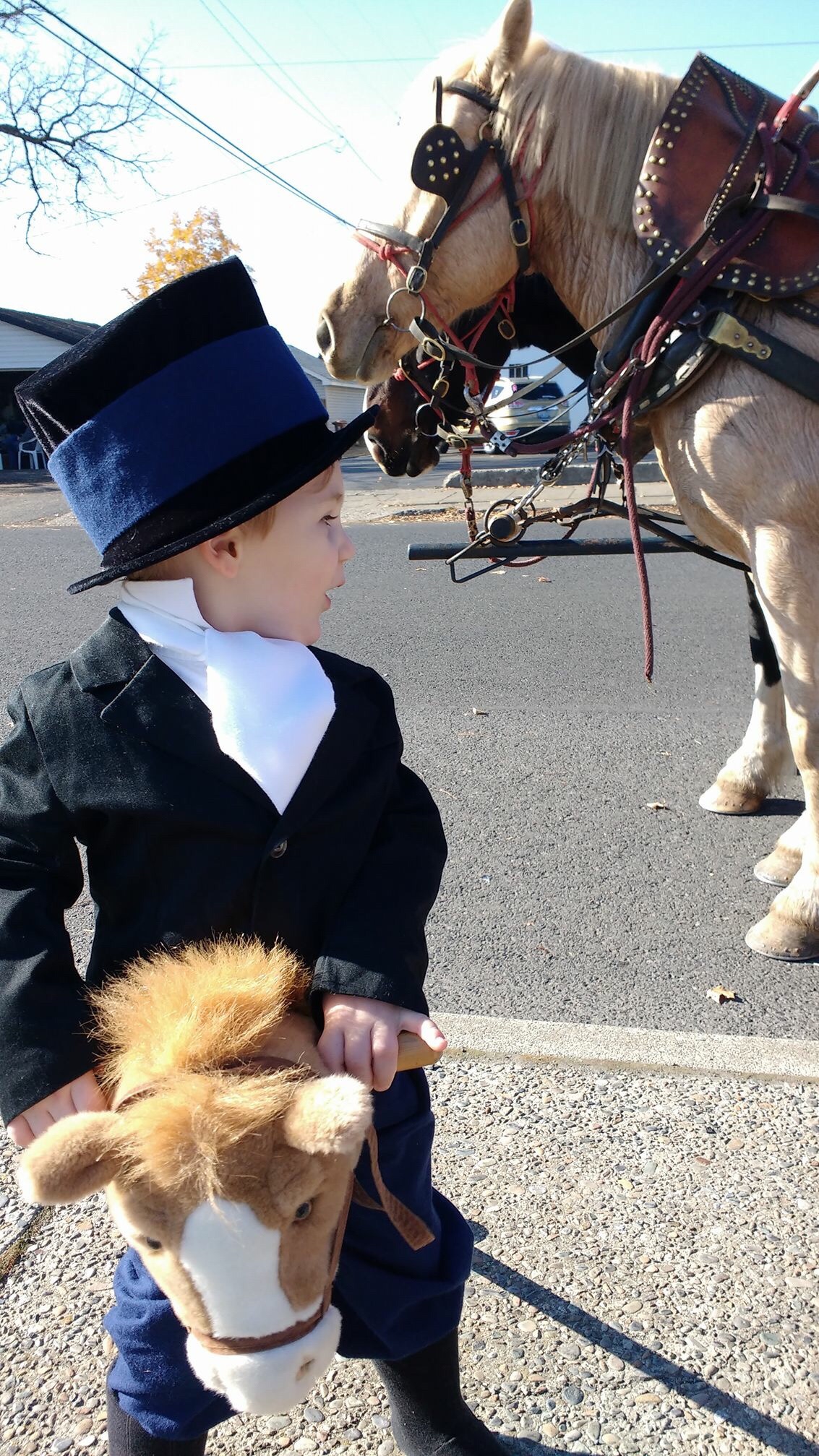 Yes, this is real. That is an adorable toddler dressed up as Mr. Darcy. According to our fan Jenn, her 2-year-old son was put on a steady diet of all things Austen at a young age, and now he’s obsessed with Mr. Darcy.

As Jenn puts it:

If you think I’m kidding about how obsessive he was, 1) you obviously haven’t met a 2 year old before and 2) here’s photographic evidence of him as Mr. Darcy for Halloween.

So yeah, I might be going a little crazy, but knowing there’s a mini-Darcy out there who over this movie somehow makes it all better.

Today I want to talk about something this movie got VERY, VERY right:

Love or hate this movie, there is one thing I know you can’t disagree with me on. In a movie full of eye and ear candy, this soundtrack is clearly the standout star.

Composed by Italian Dario Marianelli, who often works with director Joe Wright, the soundtrack to Pride & Prejudice was nominated for a Best Achievement in Music Oscar and two World Soundtrack Nominations.

Fun fact: Marianelli has also worked as composer on Atonement, V for Vendetta, Anna Karenina, Jane Eyre (the one with Michael Fassbender and Mia Wasikowska), The Soloist, and Eat Pray Love.

Even when Keira’s bangs are distracting me, Darcy looks ready to cry into his cravat and there’s some random pig ballz trotting down a hallway, the music is still perfection. (I don’t know what sort of deal Marianelli made with the devil to to compose music that even sounds good when pig ballz are on the screen, but even Robert Johnson probably got jealous.)

My brain is currently listening to Christmas music on repeat right now (In particular, I’ve got Bing Crosby’s Christmas In Killarney stuck in my head) and watching the movie tonight was actually quite nice, because this music was stuck in my head instead for the whole movie and approximately 2 minutes after, when I went back to singing Bing Crosby ad nauseum.

Do yourself a favor and leave the Youtube link I embedded up above running in the background for a little while today and see if you don’t feel like dancing the night away at the Netherfield Ball by the end of it.

Here’s a description of the music and some fancy, two-dollar words from the original press release for the soundtrack:

The hauntingly beautiful and mesmerizing soundtrack exudes a feeling of empowering romanticism coupled with great emotional suspense builders. Music is an integral part of the film, with the main piano theme used as both background music and as source music when one of the characters plays the instrument on-screen. “Darcy’s Letter” and “Leaving Netherfield” put forth a somber feeling, while “Meryton Townhall” is an uplifting jig providing a sense of whimsy present in the personalities of the film’s younger characters. Weaving piano melodies into the sweeping score enhances the beautiful cinematography and sweep of the love stories.

Honestly that’s really all I wanted to point out today. Love or hate the film, (and I know there’s strong feelings either way, which we’ll get to another day) I truly think you have to love this beautiful soundtrack.

What do you think? Leave your thoughts in the comment section either here or on Facebook, and tell me what you think about the music.

And, if you missed Days 1 through 4, catch them here:

Tune in tomorrow for a very special re-watching… (I’m going to try and figure out how to watch the whole movie backward. 🙃)